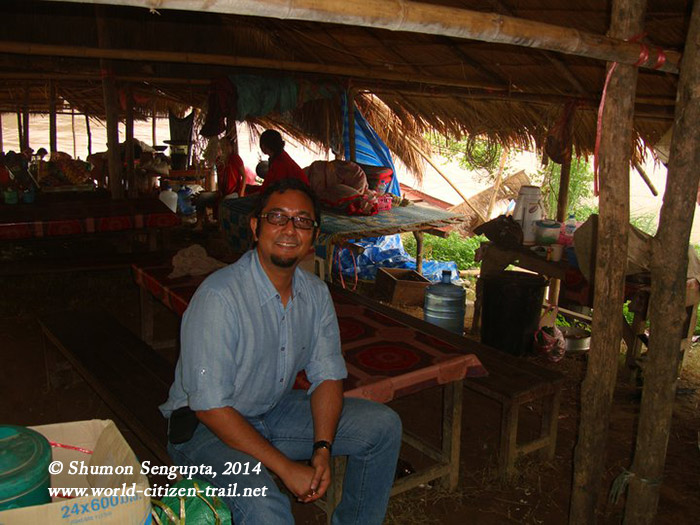 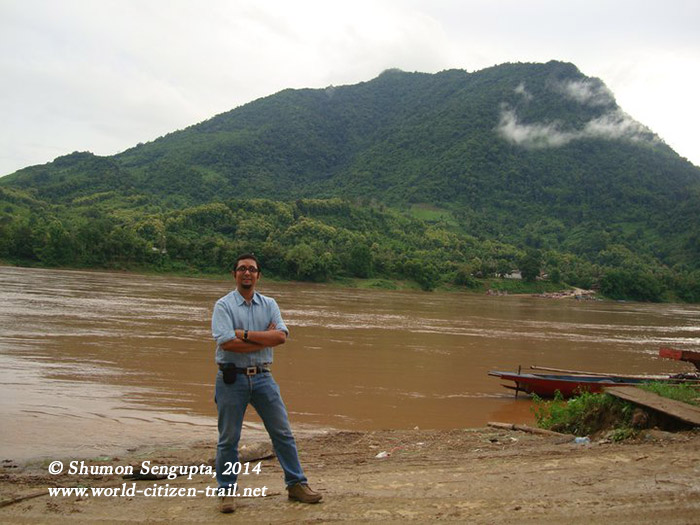 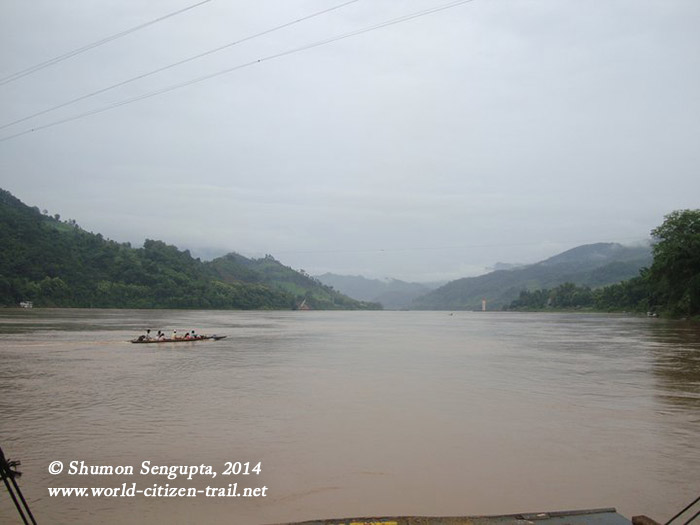 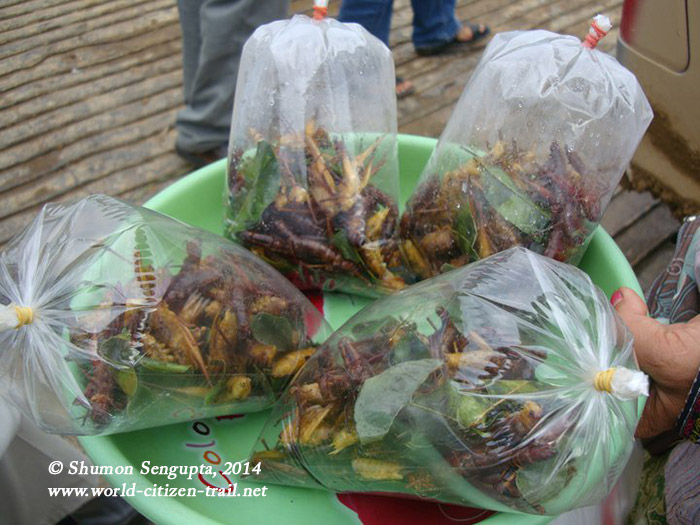 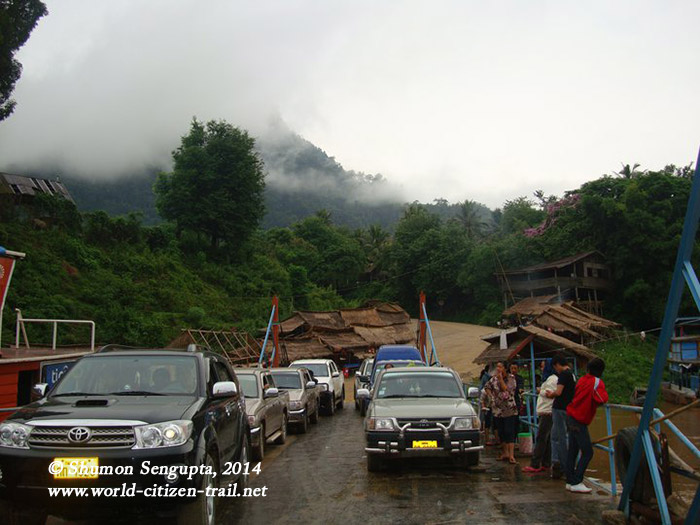 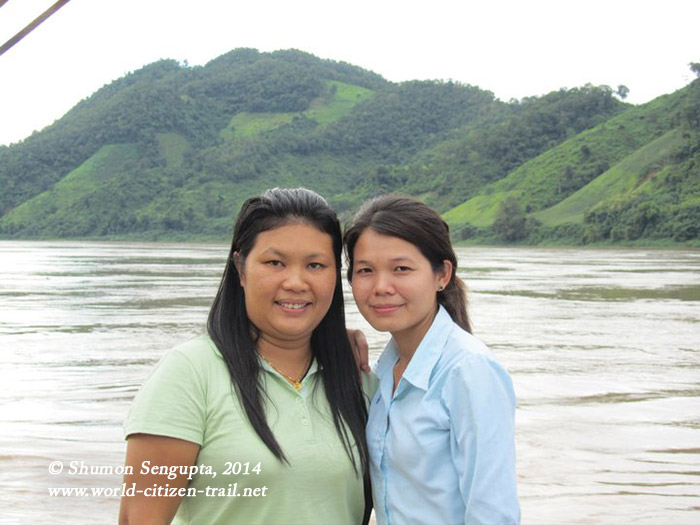 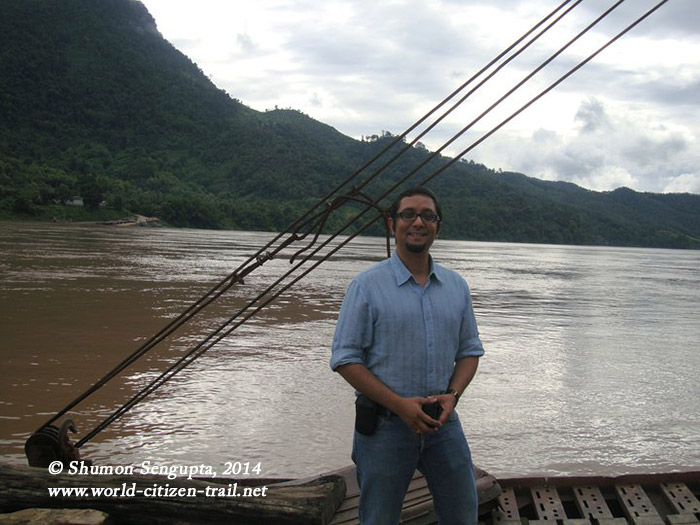 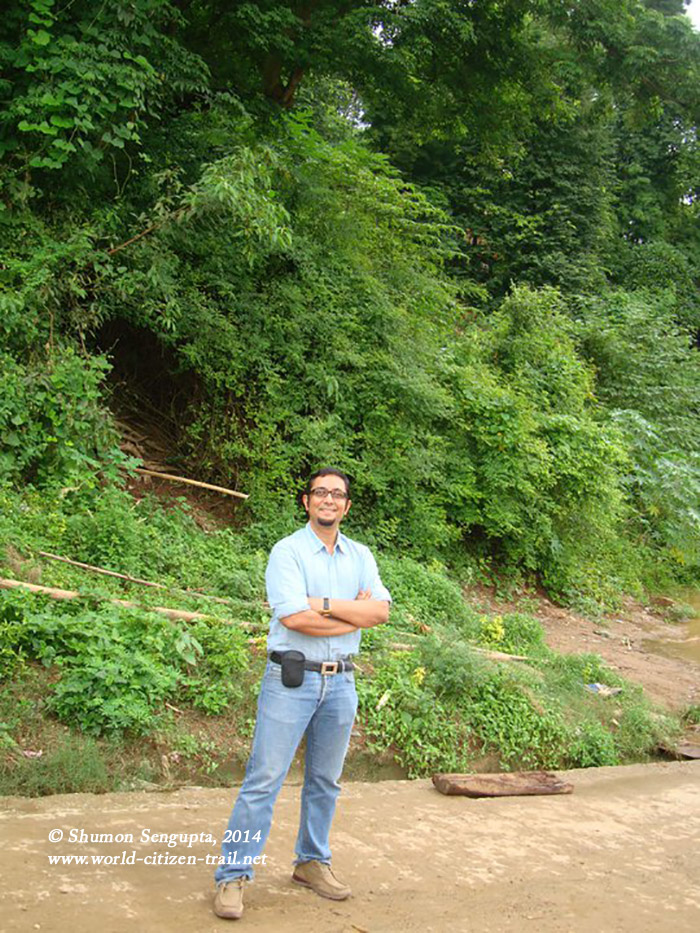 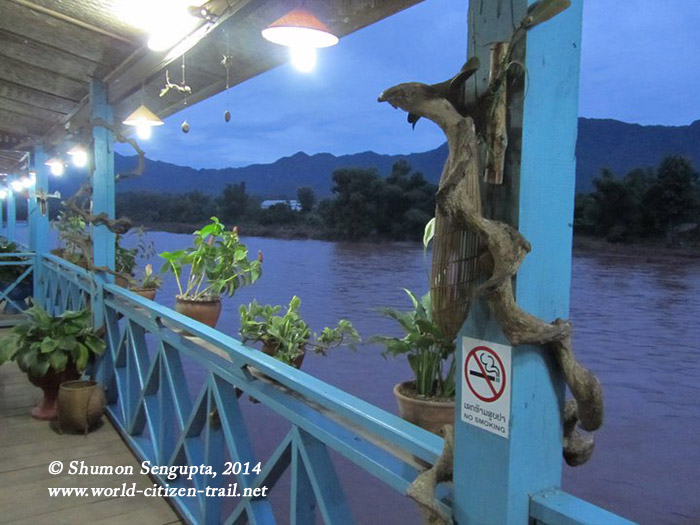 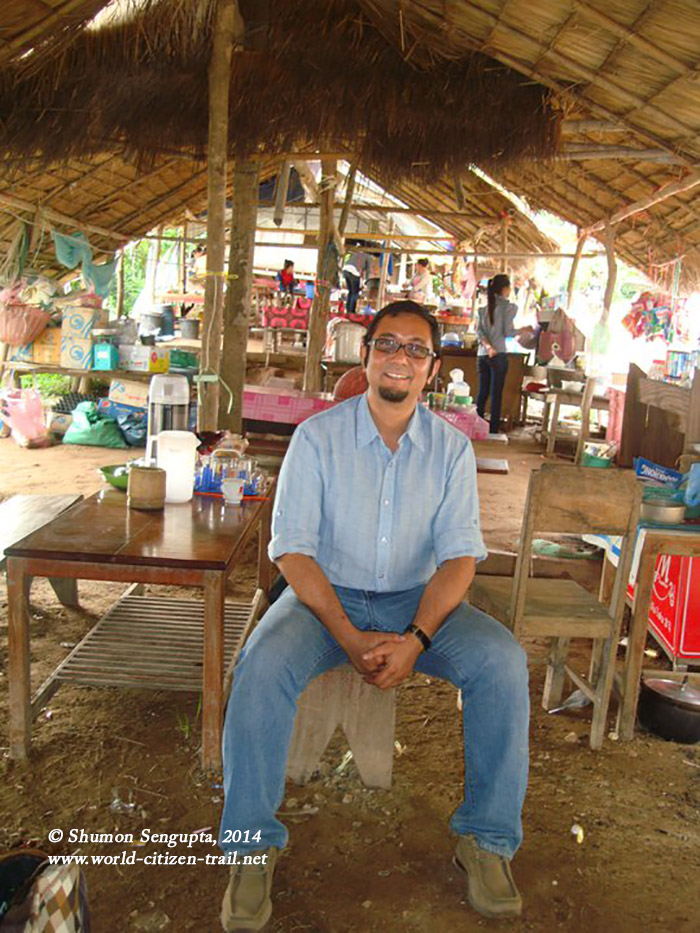 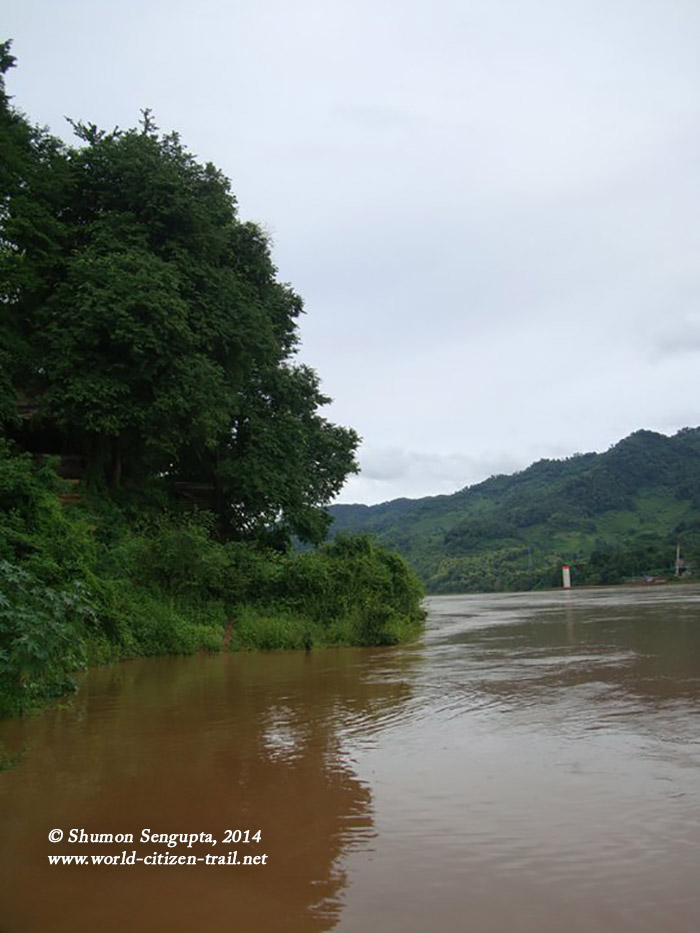 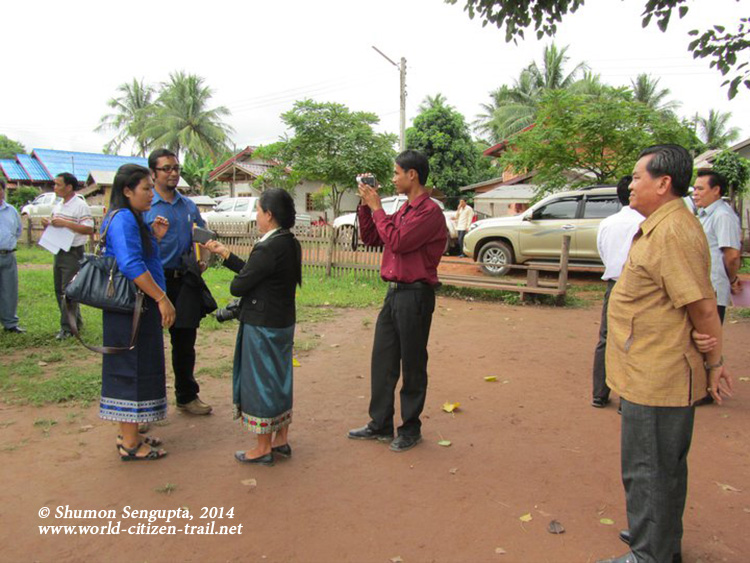 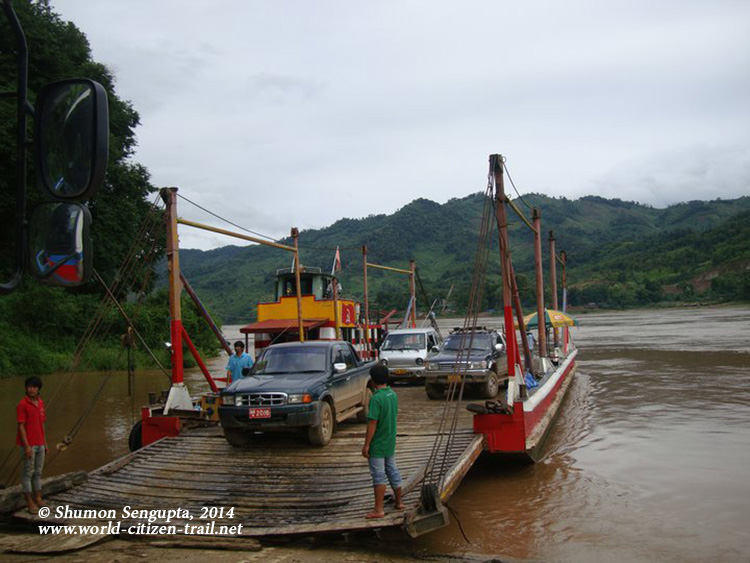 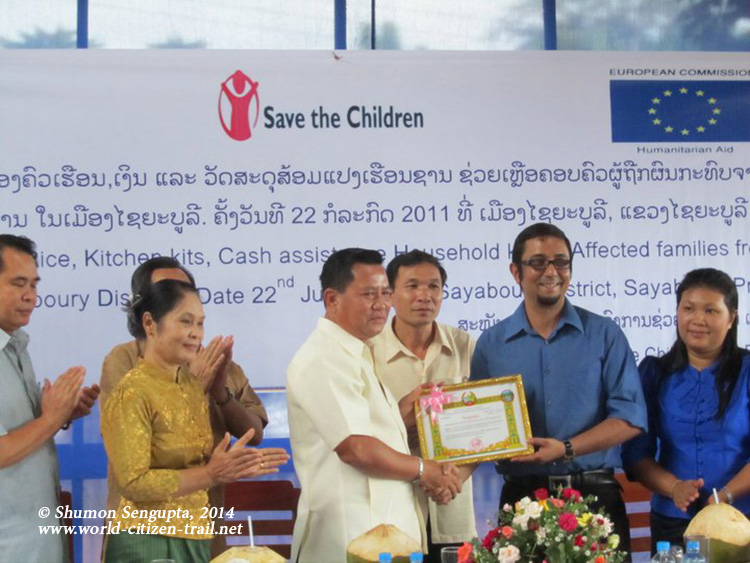 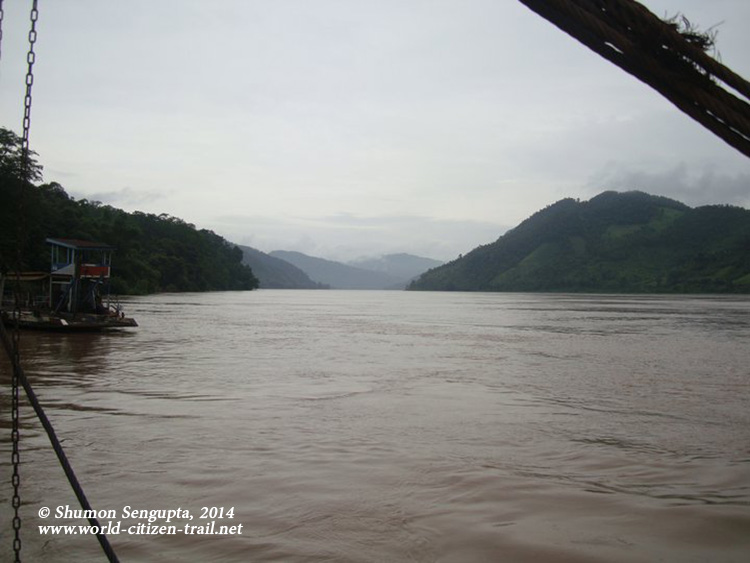 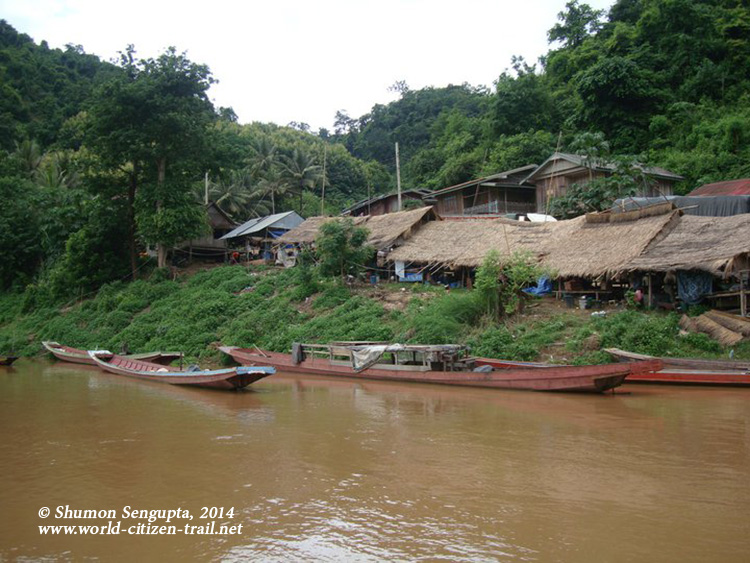 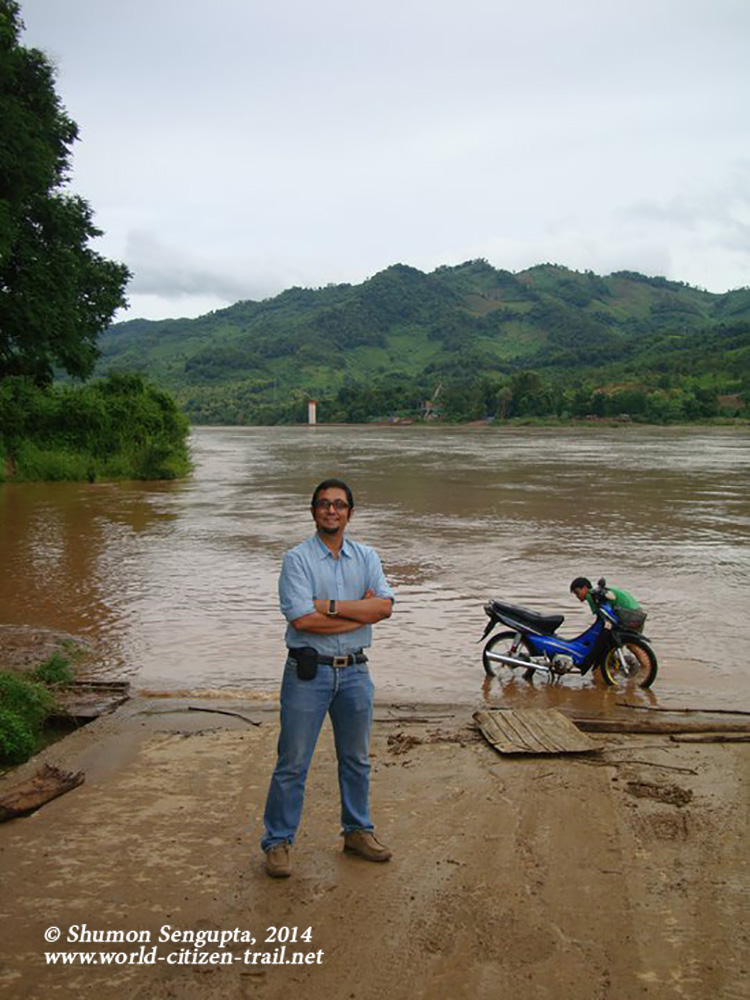 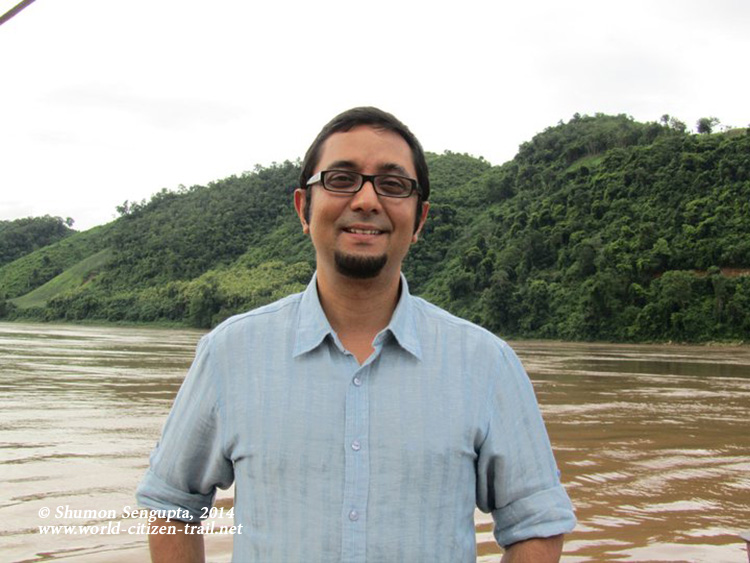 Last week I went to Northern Laos – to the remote mountainous Sayabouri Province to see our work. I flew to Luang Prabang (the ancient capital of Laos and now a UNESCO heritage site) and from there took the four-hour mountain road journey, made particularly treacherous by the monsoon, to Sayabouri.

Sayabouri is a province that has mountains, forests and rivers and this makes it a beautiful place. We drove past dense mahogany and teak forests, the latter in full bloom; crossed valleys dotted with villages and ancient stepped rice fields and drove through narrow passes and at places, along meandering rivers in their fearsome monsoon gush. Our four-wheel-drive Toyota skidded often and in one place almost swerved.

At one point, we drove down a hill and came face to face with the mighty Mekong river (that flows almost all along and through Laos), swollen heavy and in full spate with the rains of the previous night.

While we waited for the small ferry to take us to the other bank, we ordered for some jasmine tea in the thatched road-side eatery on the river bank. Desperately missing the savouries that would have generally accompanied the tea back in South Asia, I enquired if there were any local savouries to go with the tea. We were promptly served by the smilingly obliging waitress with an assortment of colourful deep fried insets – mainly different types of giant grasshoppers, seasoned with fried lime leaves, Thai ginger and red chillies. Being a vegetarian, I politely declined the offer, but not without taking a few pictures of the unfortunate insets and before they were eagerly devoured by the others.

Far away from home, never before had I missed our ubiquitous samosa/ pakora as much as I did in that thatched road side eatery by the Mekong in that late afternoon of July.

The ferry – a small and rickety one by south Asian standards, eventually came and we boarded it. The crossing over took approximately 20 minutes and was so incredibly beautiful that it felt like floating in a dream. It was late in the afternoon with fading sunlight amidst a partially overcast sky. Surrounded by mountains and forests all around and the river flowing in between – without a sound but the lapping of the waves and the occasional call of birds, it felt that time had come to a standstill.

We crossed over and resumed our journey by road. Strangely beautiful images of rivers, open skies and the wide expansive landscape of Bengal came to my mind. I was reminded of the Padma ferry crossing at Aricha-Goalanondo and of the other numerous beautiful rivers I had seen and river crossings I had made in the last five years in Bangladesh. I was reminded of the glorious landscape of Bengal – open green landscape merging with the blue of the sky and grey of the wide rivers – blending into vast expanses of tender stillness.