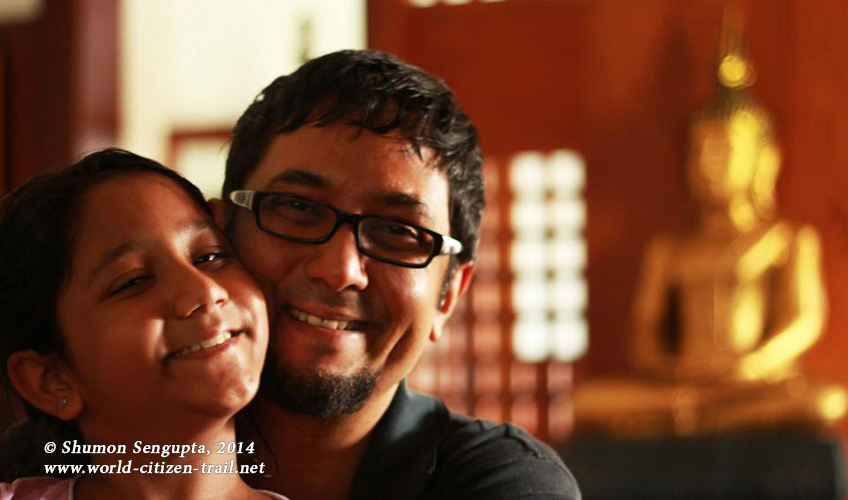 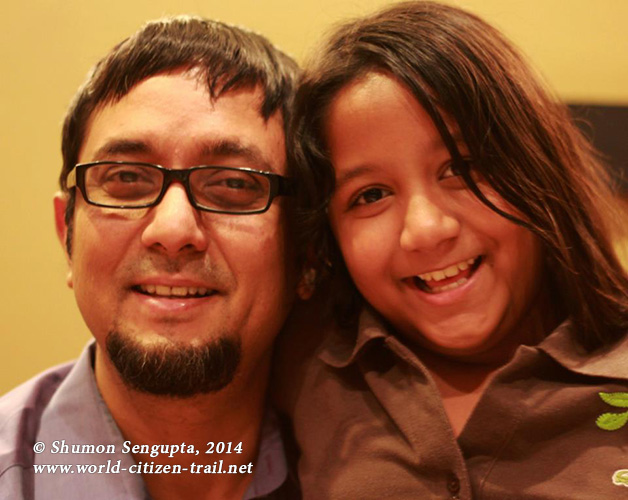 “But Rahman sat in the little Calcutta lane, and saw before him the barren mountains of Afghanistan”
– Kabuliwallah

I am reminded of the Bengali Movie Kabuliwallah, Hemen Gupta’s poignant albeit delightful cinematization of Tagore’s masterpiece of a short story by the same name. In a masterly treatment supported by some outstanding acting, Gupta brings out the heart-wrenching beauty and pathos of the bonding between Rahman the trader of dry fruits and spices from Kabul and the delightful little Bengali girl Minnie. In Minnie, the home sick and lonely Kabuliwallah sees his own little daughter who he has left behind in far way Afghanistan, in search for livelihood in the streets of Kolkata.

Between Kabul and Kolkata, in a complete sweep and total triumph of human feelings, all identities and divides – ethnic, religious and national, even age difference dissolve and sublimate under the pure and liberating power of the childhood innocence and the love of a father.

Living in Bangladesh during an eventful stint as an international aid professional, I fall in love with the country of my ancestry – a foreign country by definition. My daughter Minnie has by then already spent a few formative years outside India, studying in International schools. While having a fairly strong grounding in Indian culture, Minnie isn’t particularly conscious that she is an Indian in the political sense. In fact while in Bangladesh she often thinks that she is a Bangladeshi and that the national anthem of Bangladesh is her very own national anthem.

On the other hand, for a long time, her best friend and partner in crime at school is Hajra, an adorable, delightful little girl from Pakistan. When Hajra comes home on play dates, in excitement, she often addresses me as “Hey Dad” along with Minnie and to my delight, takes me as much for granted as Minnie does. The purity and innocence of childhood can indeed be very liberating.

And then when Hajra leaves for London for good, the scene of parting of two little friends is heart wrenching, moving even the busy packers at Hajra’s house to drop their work and watch in silence.

I realize Minnie could easily be an Indian, a Pakistani or a Bangladeshi. Is there really any difference?

And then a few days back I receive the most surprising and heart warming piece of information. Writing to me from her boarding school in Rishi Valley, Minnie informs me that her class (fourth grade) recently hosted the morning school assembly in which they presented some interesting information about India’s neighbours Bangladesh and Pakistan!

I wonder how many schools in the subcontinent are promoting international understanding among their young students in such a manner. The lingering apprehension in my mind, of having taken Minnie out of the International School system and potentially depriving her of an international perspective, is completely and for good put to rest.

And that is not all. Minnie goes on to finally inform me that she was selected to sing the National anthems of Bangladesh (āmar shonār bānglā) and Pakistan (pāk sarzamīn shād bād) at the end of the assembly !

On hind sight, growing up amidst what I would call as the Tagorean ethos and under the influence of liberal forces, I have unconsciously become an internationalist of sorts. I feel like a true world citizen – visiting, living and working in different countries across Asia, Europe and Africa; getting to know, embracing and being embraced by diverse cultures and people.

While I travel, live and work as a world citizen, far away in Rishi Valley, that remote boarding school nestled within the hills deep in South India, is growing up my own little world citizen and many more like her.