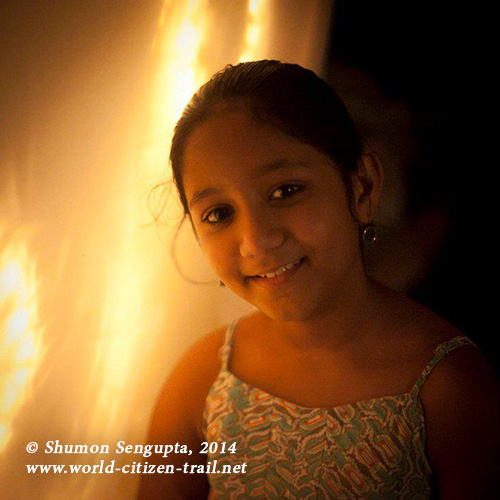 My daughter Minnie and I share a rather interesting relationship. For some unexplained reason, my sphere of authority does not seem to extend to her. I am more a friend to her than a father. But then even as a friend, the relationship is not one of equals. Needless to say, Minnie is “the superior” who confidently exerts her power and invariably has the upper hand.

She was then seven and as a product of the International Baccalaureate system, wasn’t expected to and hadn’t learnt her multiplication tables yet. Her friends in other schools, on the other hand, were confidently reciting their times tables up to nineteen. That got me worked up and I got the multiplication tables printed in large font for Minnie to memorize.

It wasn’t easy to get a self-confident and equally defiant seven year old with the upper hand to learn her tables. Her friends in class were not learning the tables and she wouldn’t do it either, was the simple and conclusive argument she threw my way.

After protracted negotiations that included quite a bit of coaxing, cajoling and even bribing from my end, an agreement was reached.

Every month, Minnie would have two play-dates (one of which I would have to organize and host) with her special friends, a breakfast treat every Sunday to be fixed by me or to be had at the nearby cafe called Joma, half an hour of internet time every day (much to my credit, I managed to bring it down from the original demand of one hour) and the occasional pocket money for a special treat (read junk food) at “The Sala”, the school canteen – all for half an hour of learning the multiplication tables by rote every day.

By any standard of judgment, it was an unequal deal, but then I had no option but to give in.

While I diligently kept up my part of the bargain, Minnie however at times got away with hers.

One Friday evening she returns late in the afternoon from a play-date. As she frolics into the room in high spirits, I say:

“Hi Darling Dad” she replies in a spirited lilt, about to give me a hug, as she always does on seeing me in the evenings.

“Now that you have had your play date, how about doing your tables”? I propose rather diffidently.

She stops in her tracks, droops, sighs, pauses for a few moments and then turning her back on me says rather dismissively and cheekily – “bye dreadful Dad”. Before I can grab her, she slips out of the room!

From “darling” to the “dreadful”, I sustain a rather dramatic fall from grace 🙂 🙂 🙂

…terribly missing my delightful daughter, who is now far away in a boarding school, as I recall this event.