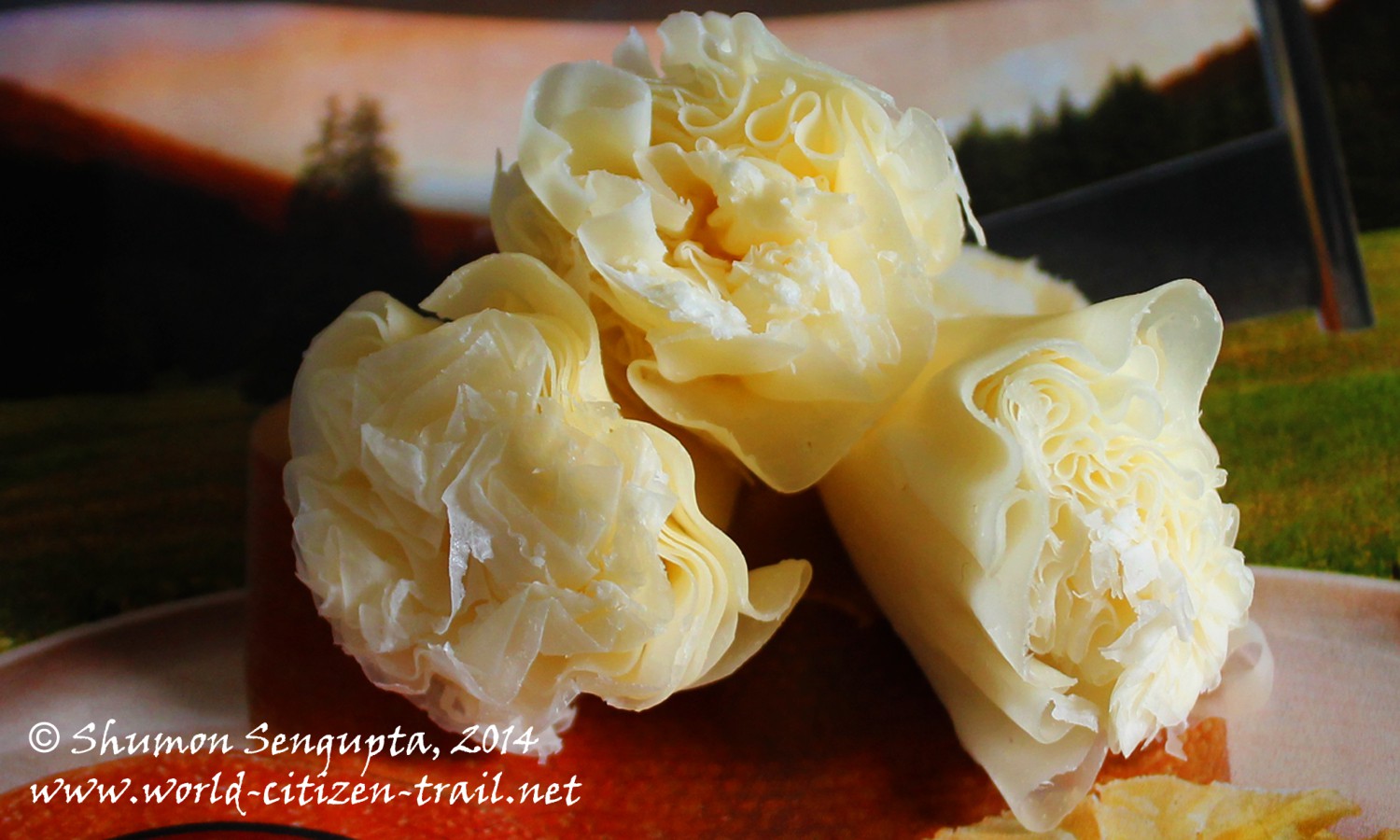 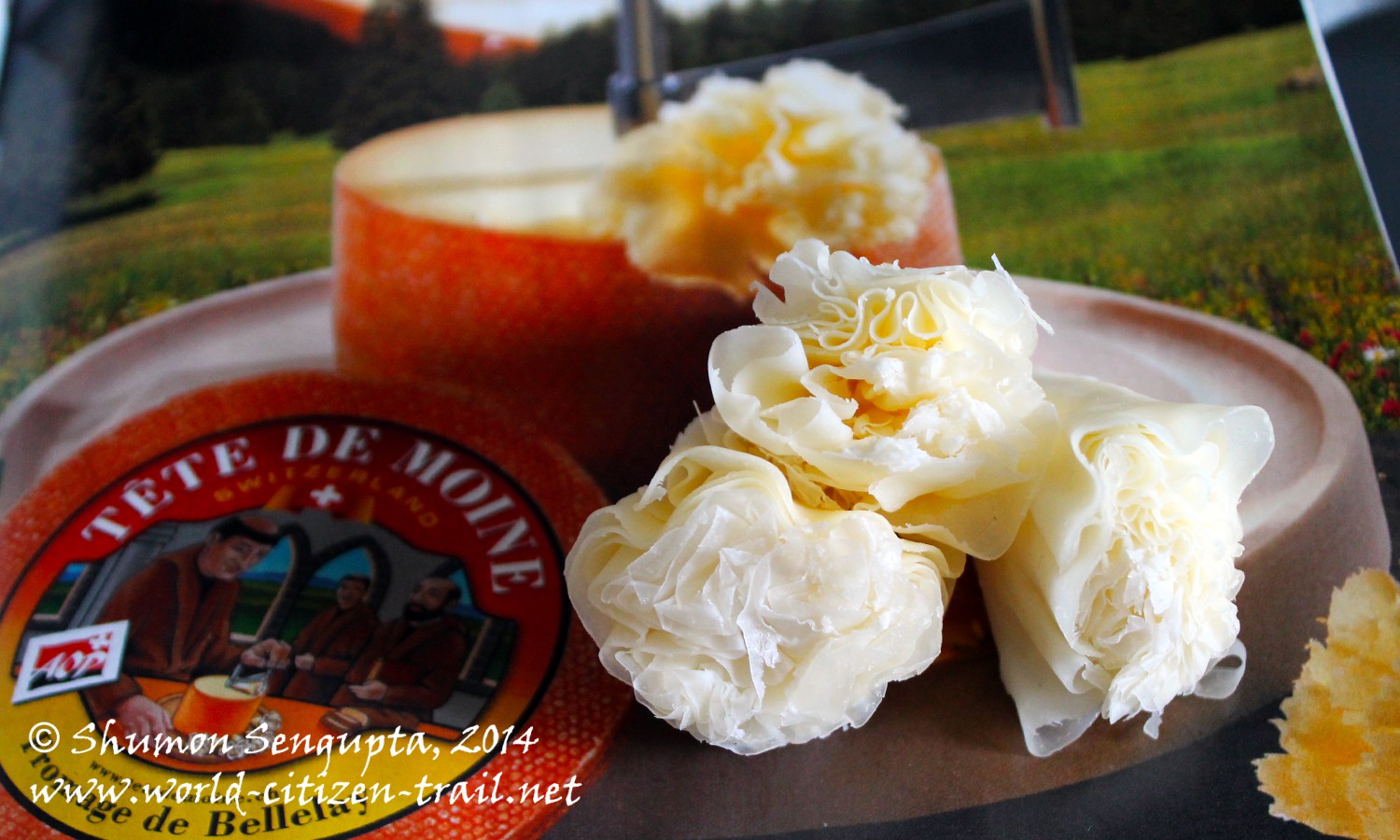 One of the many highlights of our 24-day Switzerland trip was the gastronomic delight(s) afforded by a wide range of fine and exclusive cheese.

Since I don’t like mature, strong and smelly cheese (including goat cheese), that immediately disqualifies me as a potential cheese connoisseur. Nevertheless, as a lay person, I am sharing what I consider as the finest Swiss cheese, from the wide range I sampled during our trip.

Tête de Moine  (AOP – registered designation of origin) from the Jura Mountain region of Switzerland is truly a culinary treasure. Invented by the monks of the Abby of Bellelay, it has a history that goes back over 800 years. This classic cheese is made from fresh (unpasteurized) cow milk, from cows grazing in a strictly demarcated (and limited) grazing range and according to a closely guarded and strictly controlled handed-down tradition. Not surprisingly, this cheese is produced in fewer than ten diaries in the French speaking Jura Villages. This makes it a truly exclusive and valued commodity.

And unlike any other cheese, Tête de Moine is not eaten in chunks, lumps or slices. In order for the full flavor, aroma and texture to manifest, the cheese is shaved into fine, soft rosettes (resembling delicate off-white carnations), using a custom made cheese curler called – “Girolle”. This process increases the amount of air coming in contact with the surface of the cheese, thereby subtly altering its structure and allowing its full flavor and melt-in-the-mouth taste to develop, just before the cheese is consumed. Tête de Moine rosette slices are best cut straight from the fridge and then consumed.

Rich and full bodied, this cheese has an unusual characteristic in that it is neither too hard, nor too soft; it is neither too creamy, nor too dry or brittle. It has this unusual melt-in-the-mouth property that is accompanied with an explosion of very subtle flavors.

And eating this cheese, I realized was an art in itself. One ate it like one would eat a flower – say a carnation; slowly and delicately, petal by petal, till one reached the small dense core (say the thalamus of the flower), savoring the rich flavor and texture little by little along the way.

In addition to its unforgettable taste and smell, given its exquisitely beautiful and delicate appearance and feel, Tête de Moine is truly a delight to the human senses. 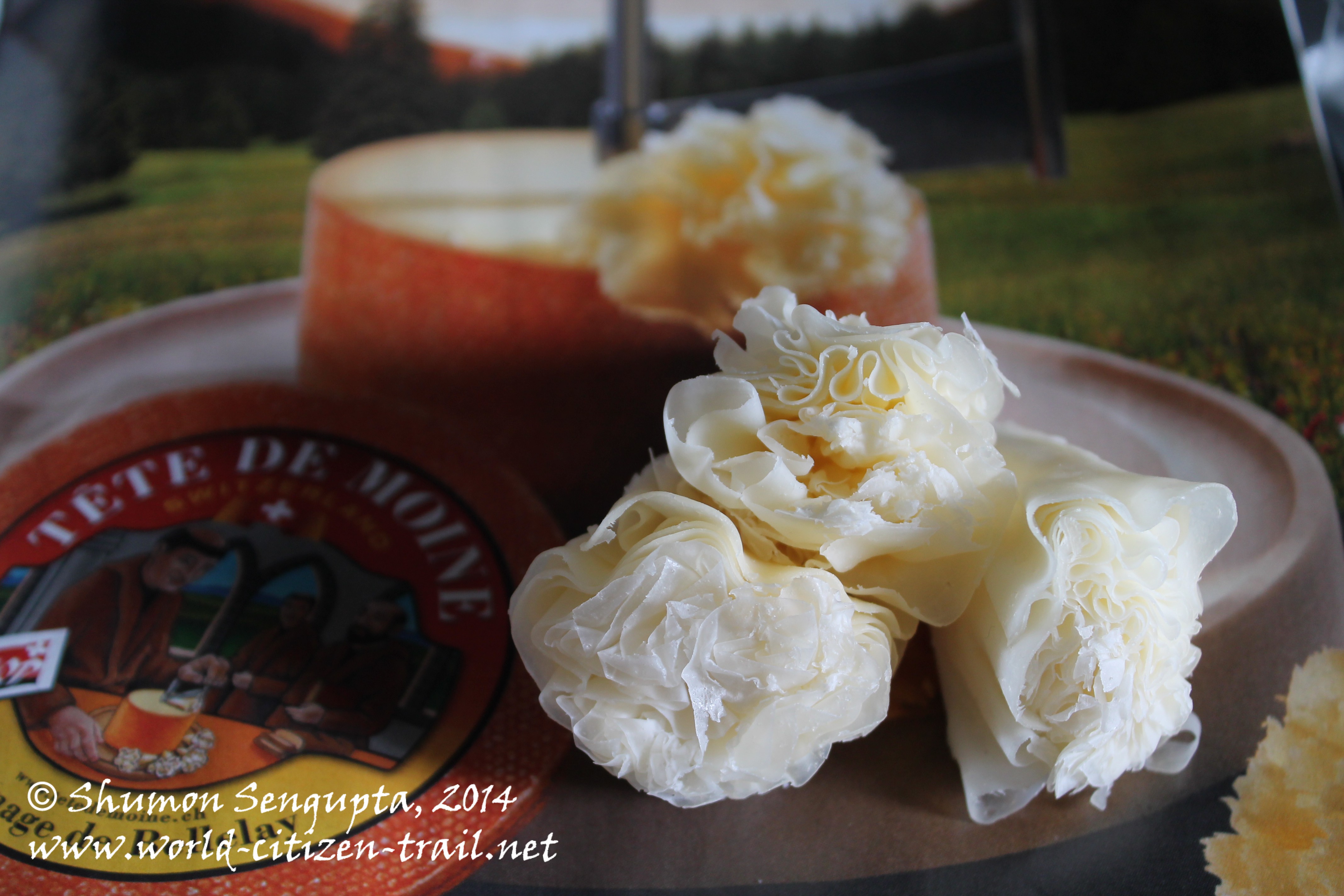 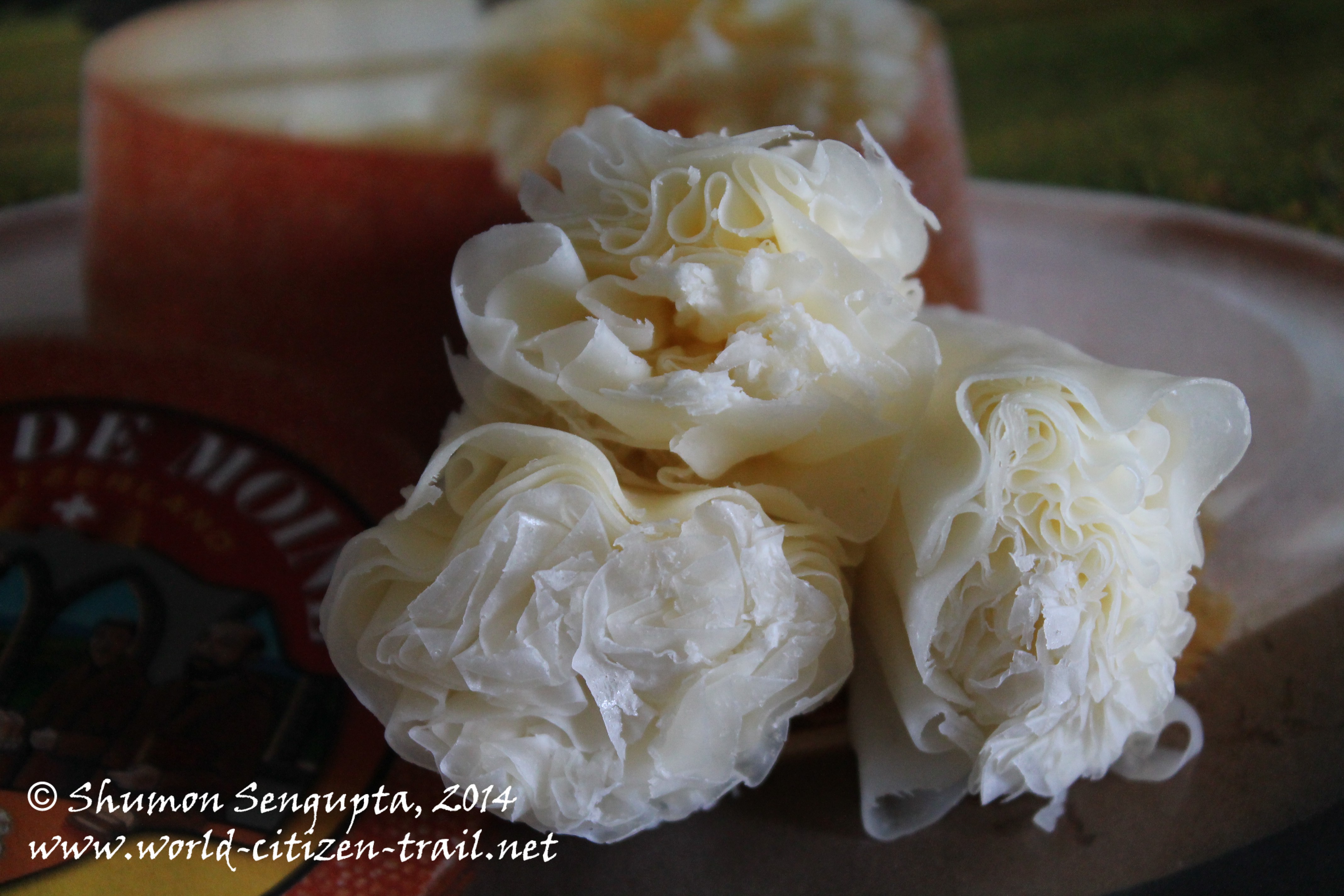 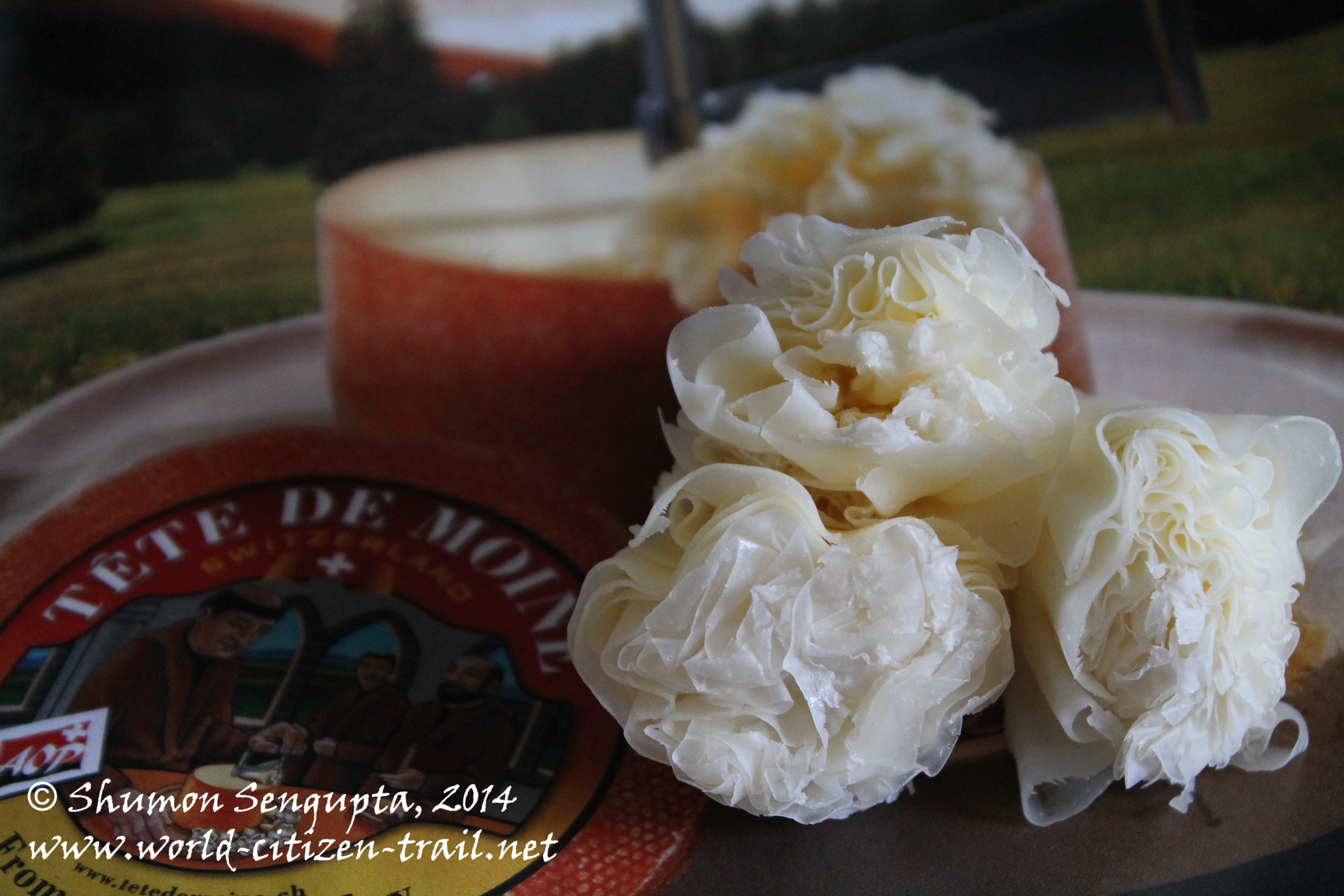 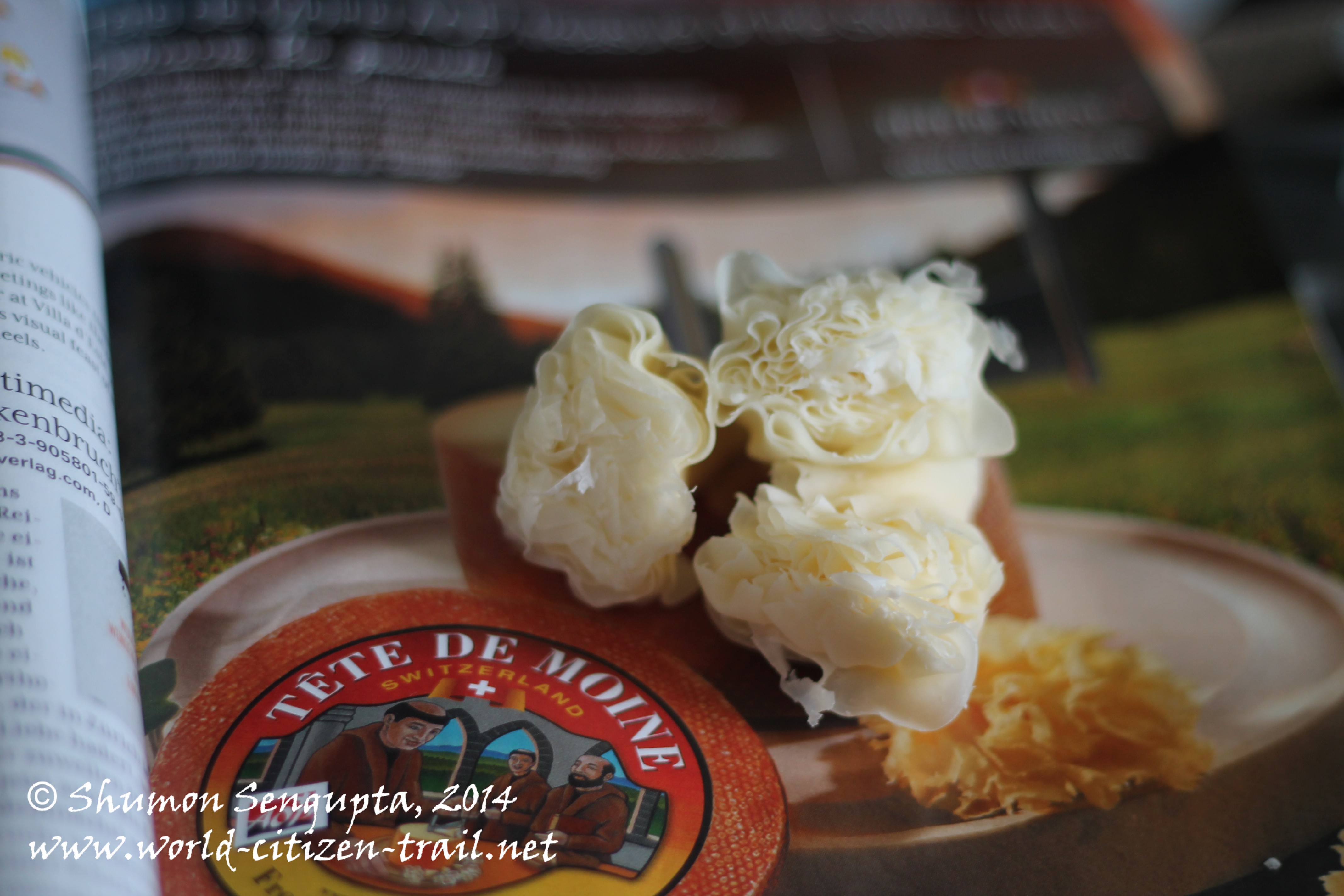 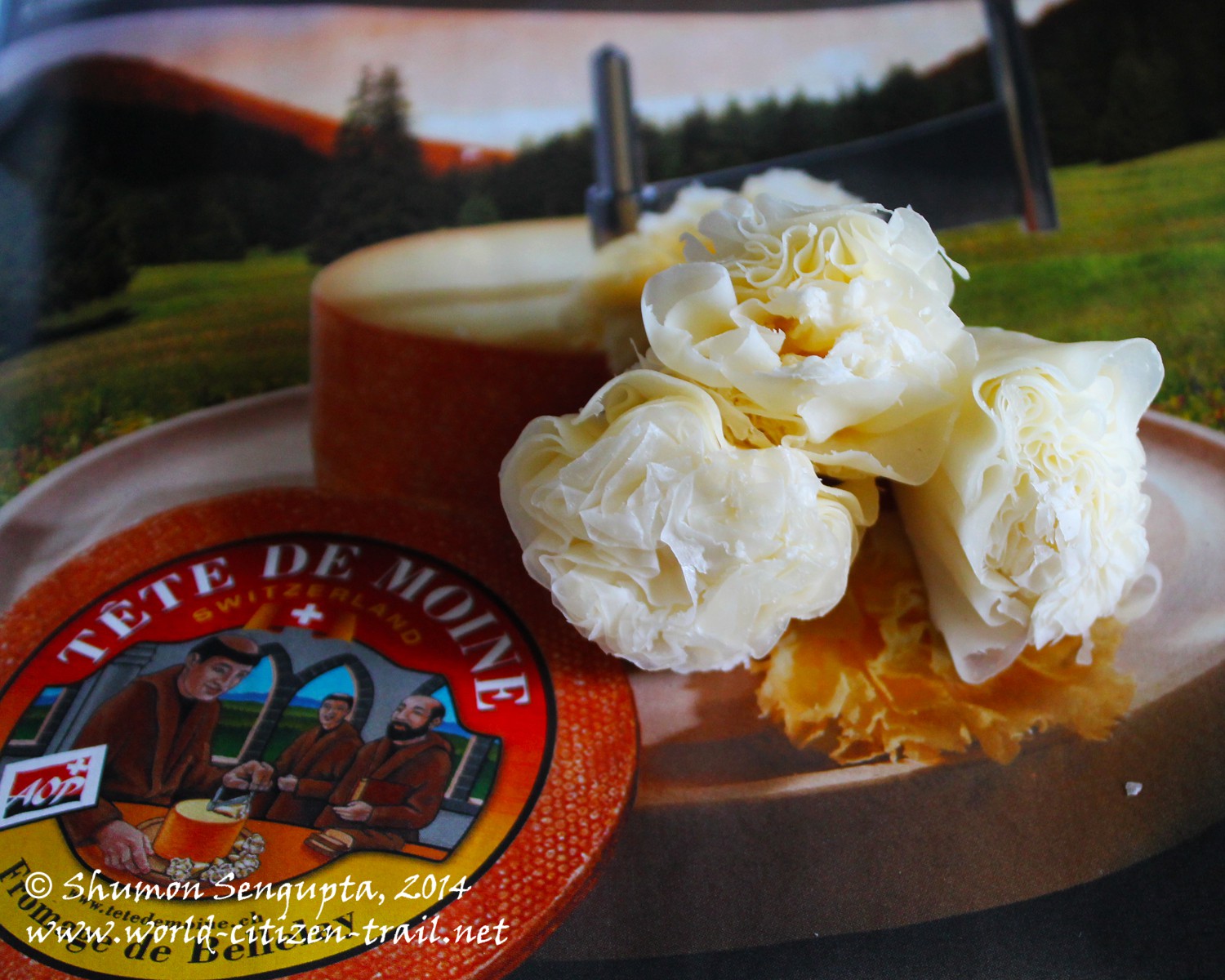 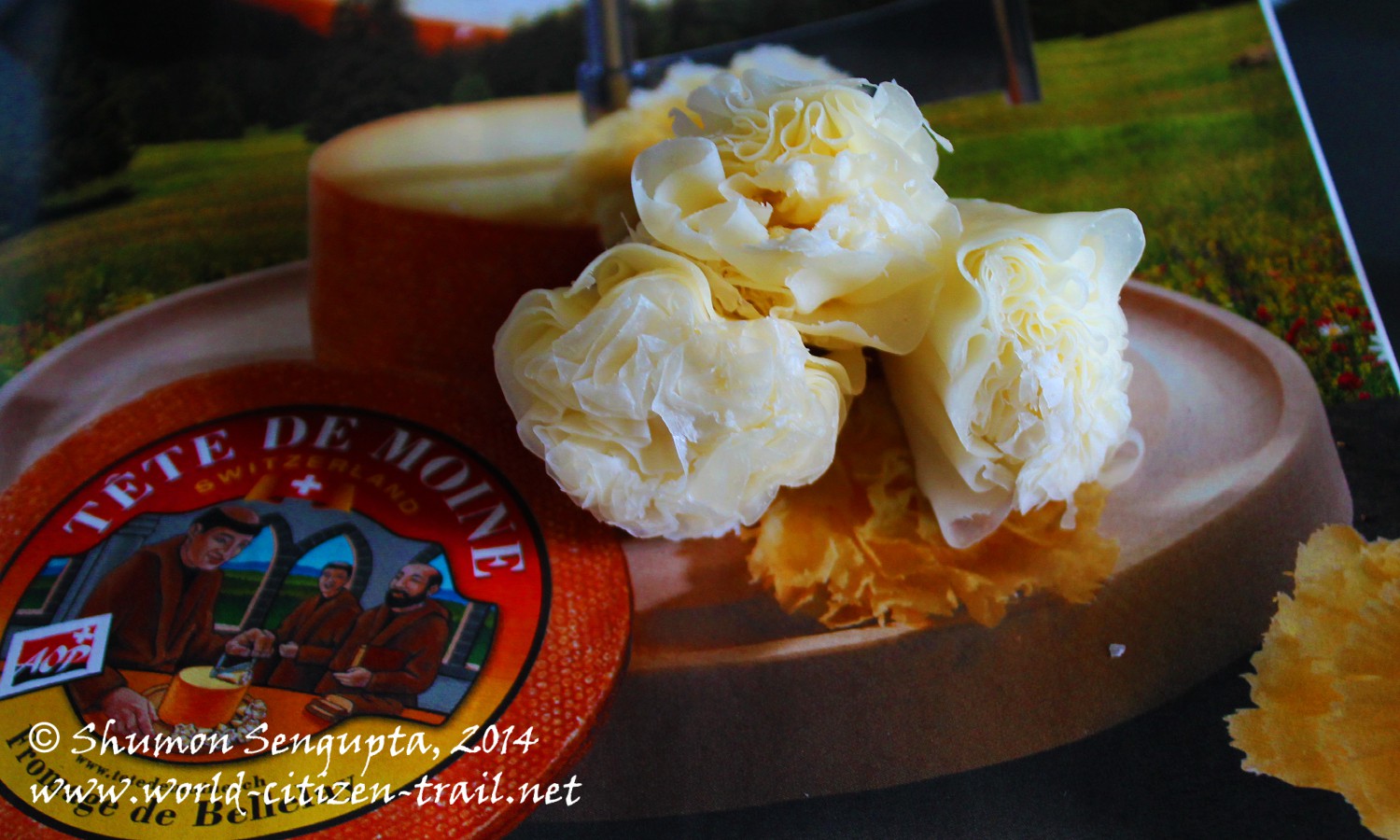